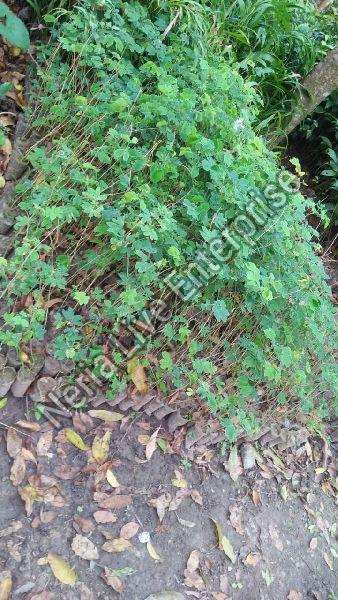 Large, handsome and spreading, the Rain Tree is easily recognised by its umbrella like canopy of evergreen, feathery foliage and puffs of pink flowers. It is frequently planted in groups or as an avenue because of its ability to keep its symmetrical conformation in spite of prevailing winds. It is a tree of rapid growth, brought originally from Central America to Sri Lanka and forwarded from there because it was considered to be a tree of great value for railway fuel. It often reaches a height of 27 m. and the strong, spreading branches may be nearly as long. The bark is dark grey, often bearing horizontal weals and the trunk frequently branches quite low down. From March to May and again towards the end of the year the green canopy is dotted all over with pink and white.